Year 2011 - Milestones of The Karma Team

1. Launch Event January 8, 2011: The campaign was launched on January 8, 2011 at Brampton Soccer Center, where group of friends and like-minded people from the community were invited to join in. Organ Donation was then and still continues to be a least talked about subject within the South Asian Community. On that day, over 21 young volunteer members joined hands at the mission to normalize the concept of organ donation. Nicole Poos, Volunteer Services Coordinator representing Trillium Gift of Life attended the event, and was thrilled with the enthusiasm of the team. This event was well received by the community as an initiative from youth, and was published by many local newspapers in various South Asian Languages. 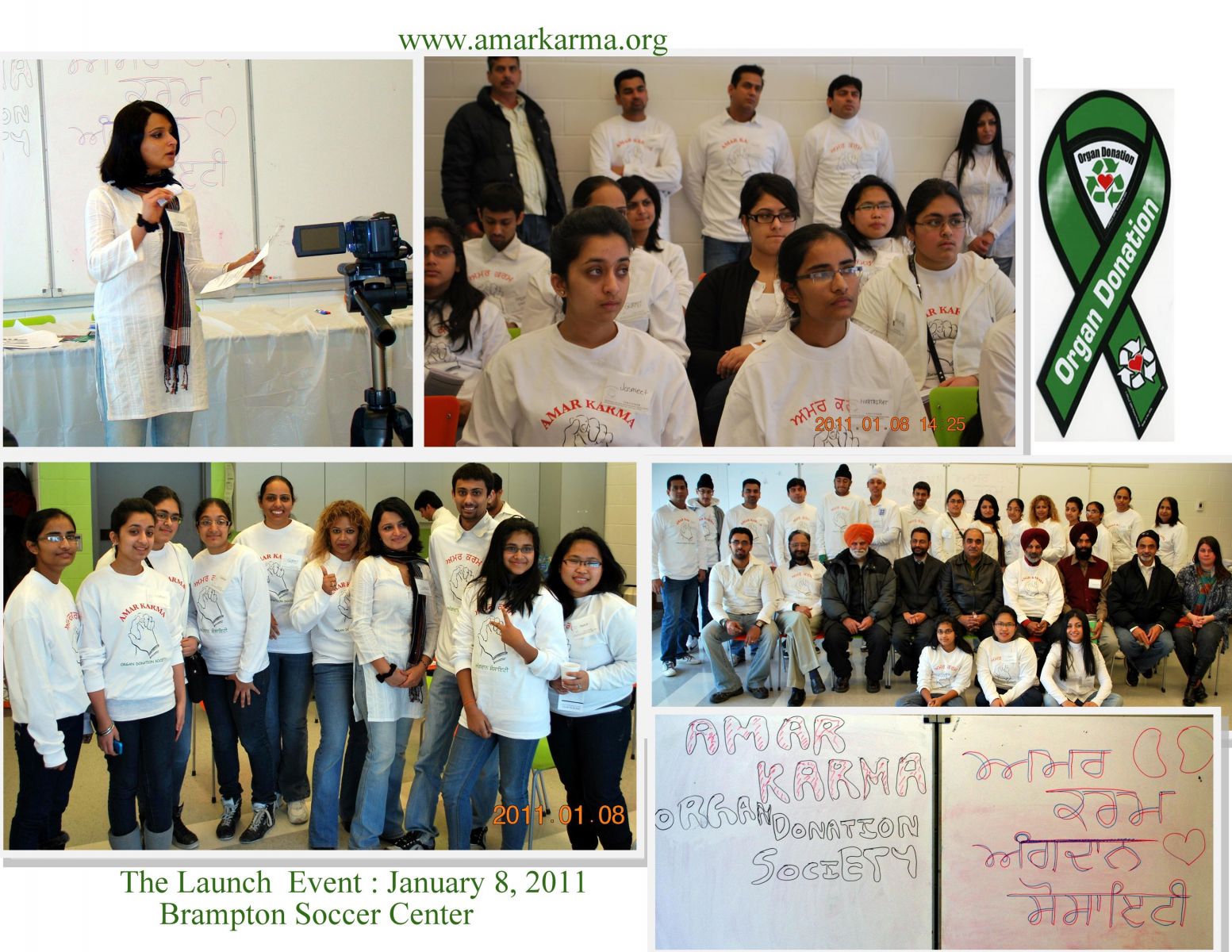 2. February 2011: First Annual Give Heart’2011: It was time for Valentine’s Day and the group of young friends were making plans for the evening, as Loveen Gill interrupted by sharing her idea of starting a new trend by celebrating real giving of hearts through organ & tissue donation. All members of the team agreed with the thought that every celebration they would organize from that point on would include their message of Organ & Tissue Donation. That is how the legacy of celebrating “Give a Heart” began.

The group organized their first annual fundraiser called ‘Give a Heart 2011’ and became the first ones to associate Valentine’s Day to the real giving of hearts by being registered donors. The first gala was attended by 200 people along with community leaders and Sandra Fawcett, Director from Trillium Gift of Life. The main feature of this event was to hold a speech competition of Grade 9-12 students projecting organ donation; the winner of that competition is now a leading speaker of his school. The event was well covered by South Asian Media along with Omni/Rogers TV. 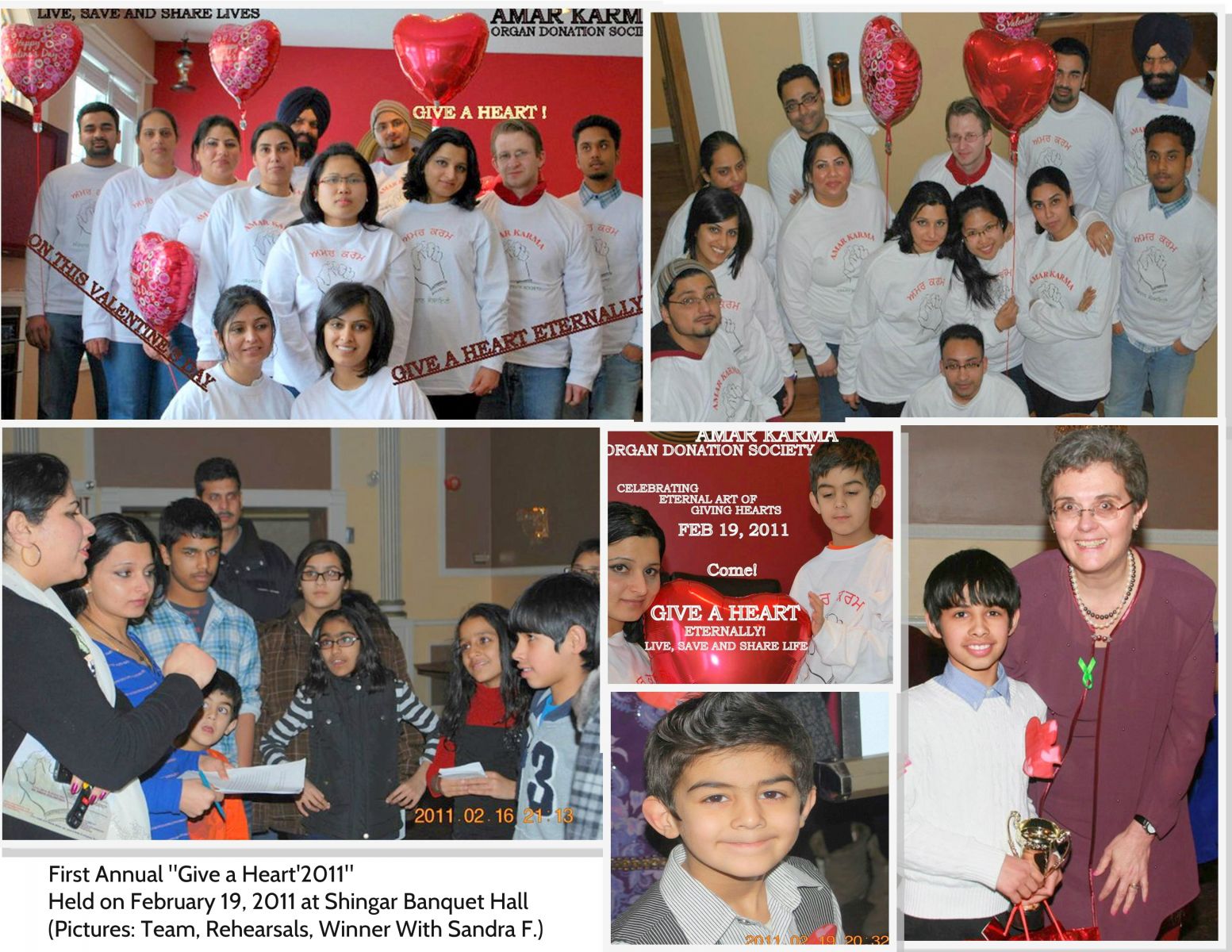 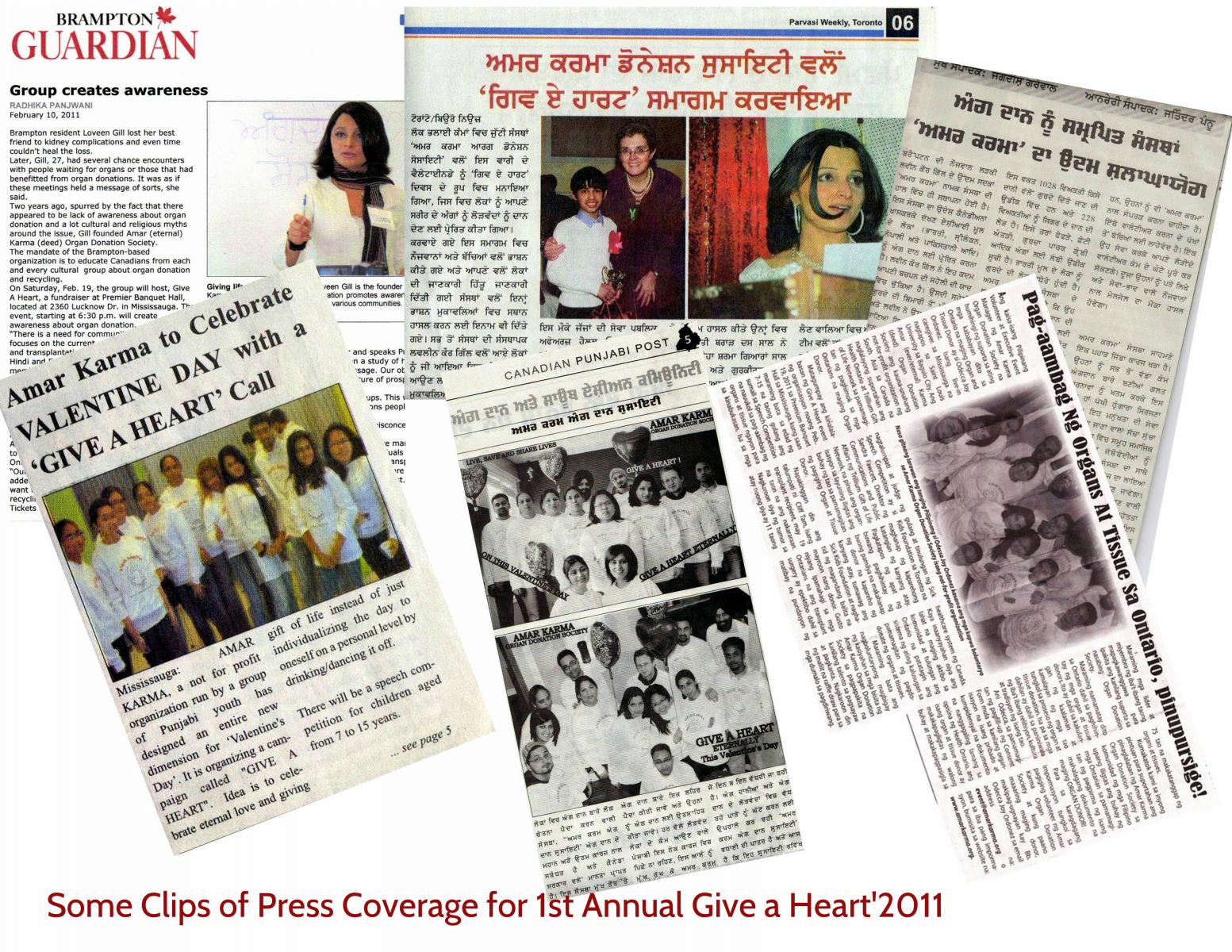 3. Associations with Community Organizations: Through the year in 2011, Amar Karma formed associations with many local community organizations such as The Ripple Effect Wellness Organization to share their platform for educating people about organ donation. Several hundred people were reached through their health fairs. 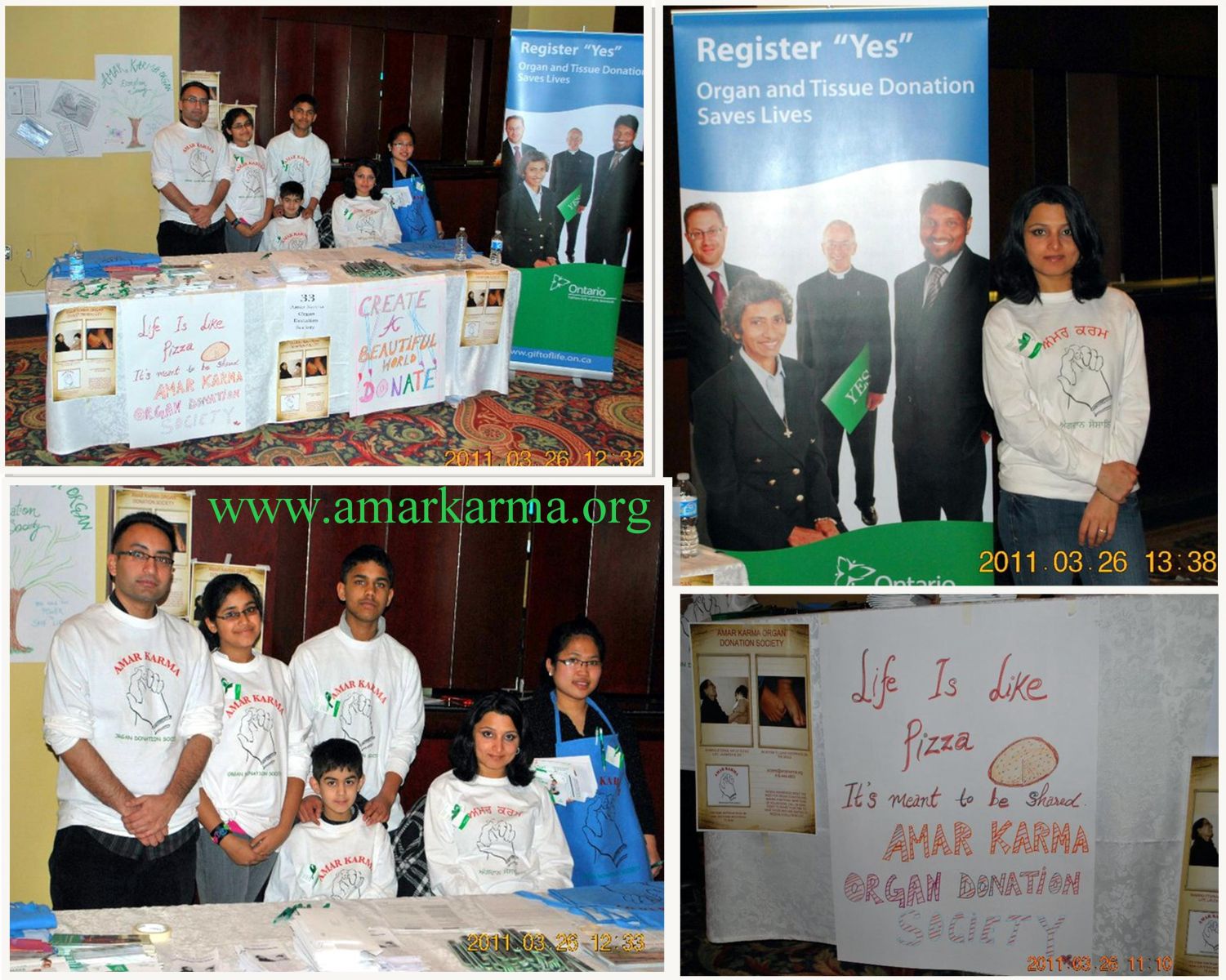 4. Senior Registerations Forms Before Online Registry was Available: Back in 2011, online registration wasn’t available yet; the youngsters carried forms for people to get filled out. In many cases, the group received calls from seniors when they needed assistance with filling out the forms due to language barriers; The Karma team made visits to their homes to fulfil our goals.

Several seminars were held at senior facilities to provide educational sessions to seniors in South Asian Languages and to assist them with filling out forms. 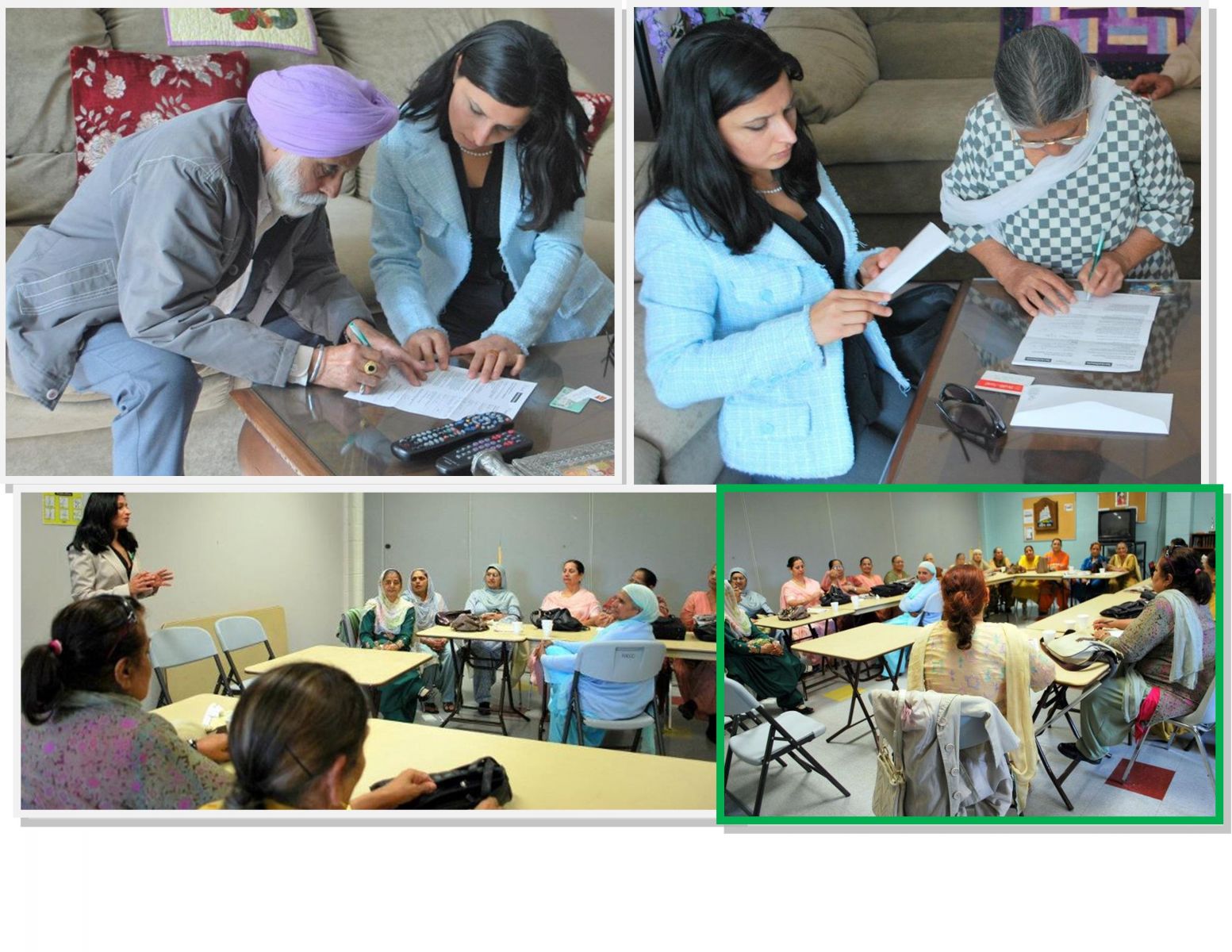